Upon earning his degree at Indiana State University, Steve took a management position with Delco Remy in Anderson, Indiana. It was there, in 1974 that he heard the calling and came to work for his parents. Steve is the Chief Executive Officer for Marvin Johnson & Associates, heavily involved in both the day-to-day operations and the long term planning. In addition, he is a salesman, having closed the sale on many of the agency’s biggest accounts. Steve belongs to the American Trucking Associations, the Interstate Truckload Carrier Conference, and the state trucking associations in Illinois, Indiana, (serving on the Board of Directors), Kentucky and Ohio. He has been on advisory boards for many of the insurance companies the agency represents. Retiring with the rank of Captain in the Indiana National Guard, Steve and his wife live in Columbus. They have two children. 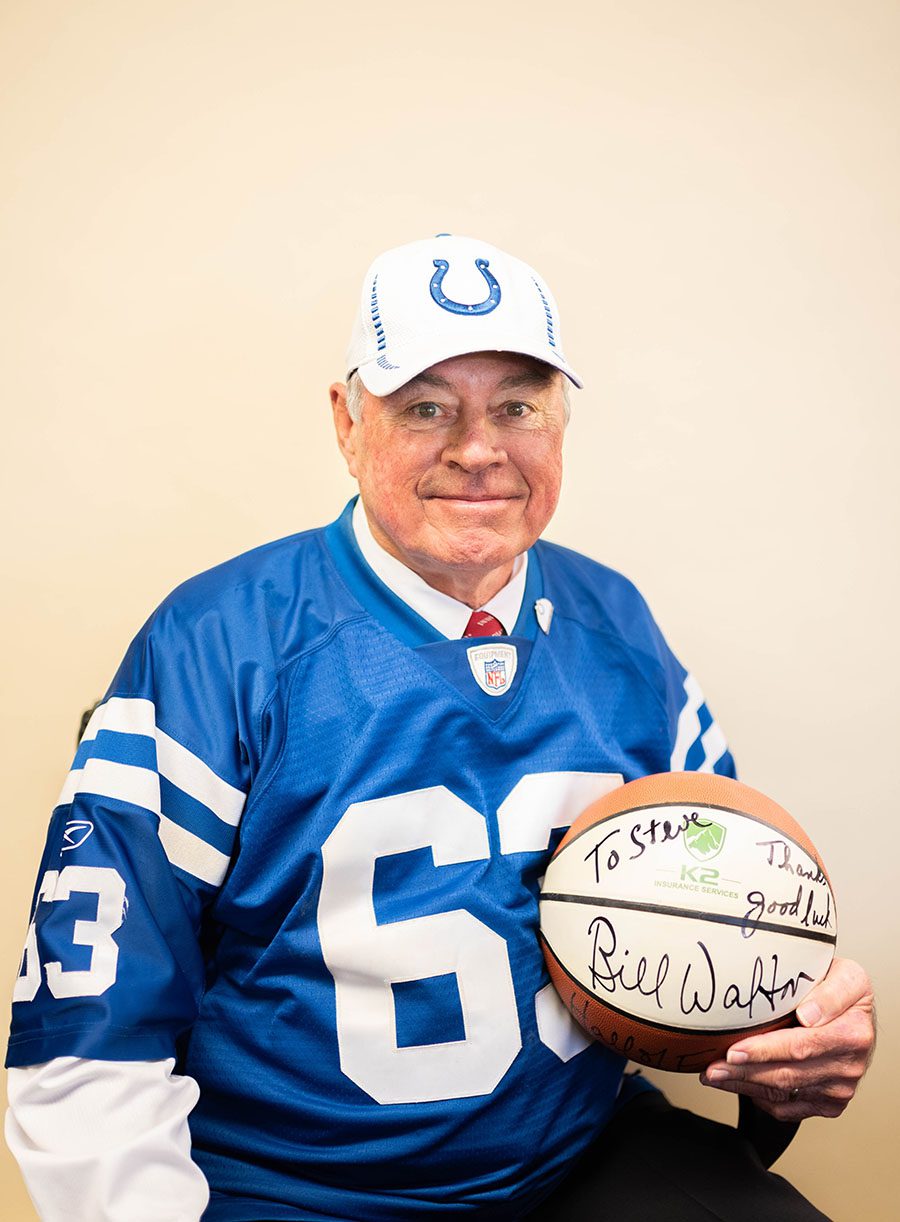 Steve moved to Columbus to work for his father’s insurance business. When he isn’t in the office, he enjoys spending time with his wife, taking trips on their Harley, or playing golf. He is a big supporter of the Indianapolis Colts and loves going to their games with his family, friends, and clients. The most important thing in Steve’s life is his family. He hopes to ride his Harley to Alaska someday, as it is the only state he hasn’t ridden in yet!

Steve has worked at MJAI/JWI for 46 years. He decided to work for his father’s insurance company at a young age because he wanted to follow in his father’s footsteps. He remembers hearing accounts of customer’s explaining how his father helped their businesses succeed, and he wanted to help others in the same way. His favorite part about working at MJAI/JWI are the customers and the friendships that he has developed with them. His goal is to make sure that the next generation of Johnson’s are prepared to carry forward with their careers at the company.